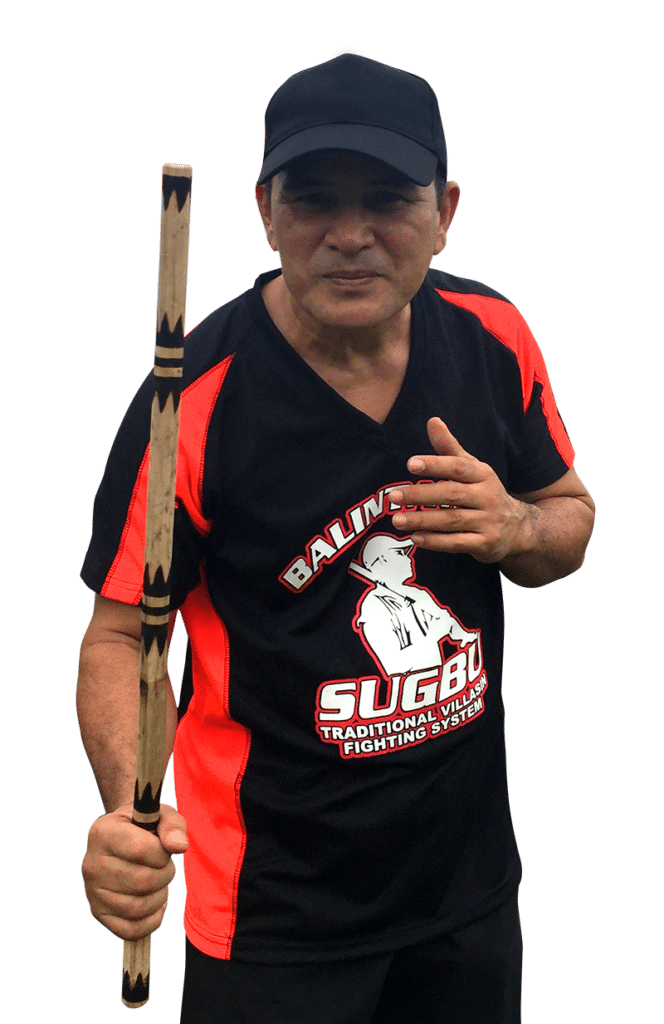 “I must preserve and continue teaching the traditional fighting system of GM Atty. Jose Villasin and GM Venancio “Anciong” Bacon. It’s my way of reviving the art that has been carefully passed on for generations.”

Grand Master Carlo “Kaloy” Campaña was born on March 27, 1964 in Cebu, Philippines. He grew up in a tough neighborhood and was often involved in street fights. He realized early on that to survive a fight, you must end a fight the shortest time possible. And so he began his FMA journey.

He served as the chief instructor of the Villasin club for a number of years until he decided to put up his own club, Balintawak Sugbu in 2004.

With his background skills in Judo and Boxing, he created a unique yet deadly style of fighting applicable for street duels and self defense. A no nonsense art with a strong emphasize on speed, power and accuracy. He has incorporated a lot of practical techniques in stick, knife fighting and hand to hand combat that could possibly end a fight in seconds.

Kaloy believes that skills without knowledge is a recipe for disaster. As far as self defense is concerned. He teaches his students the importance of realistic training. To automatically assume that every opponent is a hungry predator ready to take out its prey. Thus, skills and knowledge is the key to survive.

Grand Master Carlo came up with a vision:
“I must preserve and continue teaching the traditional fighting system of GM Atty. Jose Villasin and GM Venancio “Anciong” Bacon. It’s my way of reviving the art that has been carefully passed on for generations.”

Today, Balintawak Sugbu is gaining a lot of attention from local and foreign students and has performed a number of demos, seminars in FMA events / gatherings. The club’s style of fighting has been well received by the FMA community and has been favored by a number of reputable Eskrima masters. A recognition that has long been overdue.